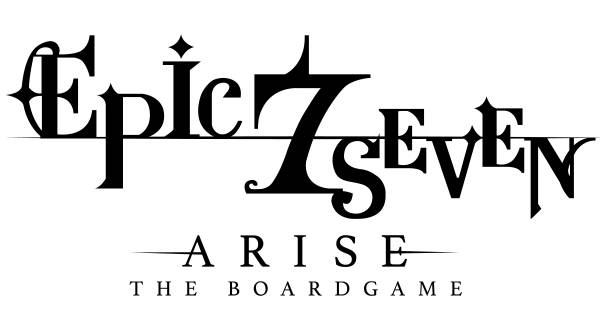 UNTIL THIS OFFER EXPIRES!

Pre-order Epic Seven Arise and be among the first to receive it. PLUS! Order before the timer runs out and receive the six-piece acrylic standee set free! Grab a bundle and get the first two expansions, or start with the core box! 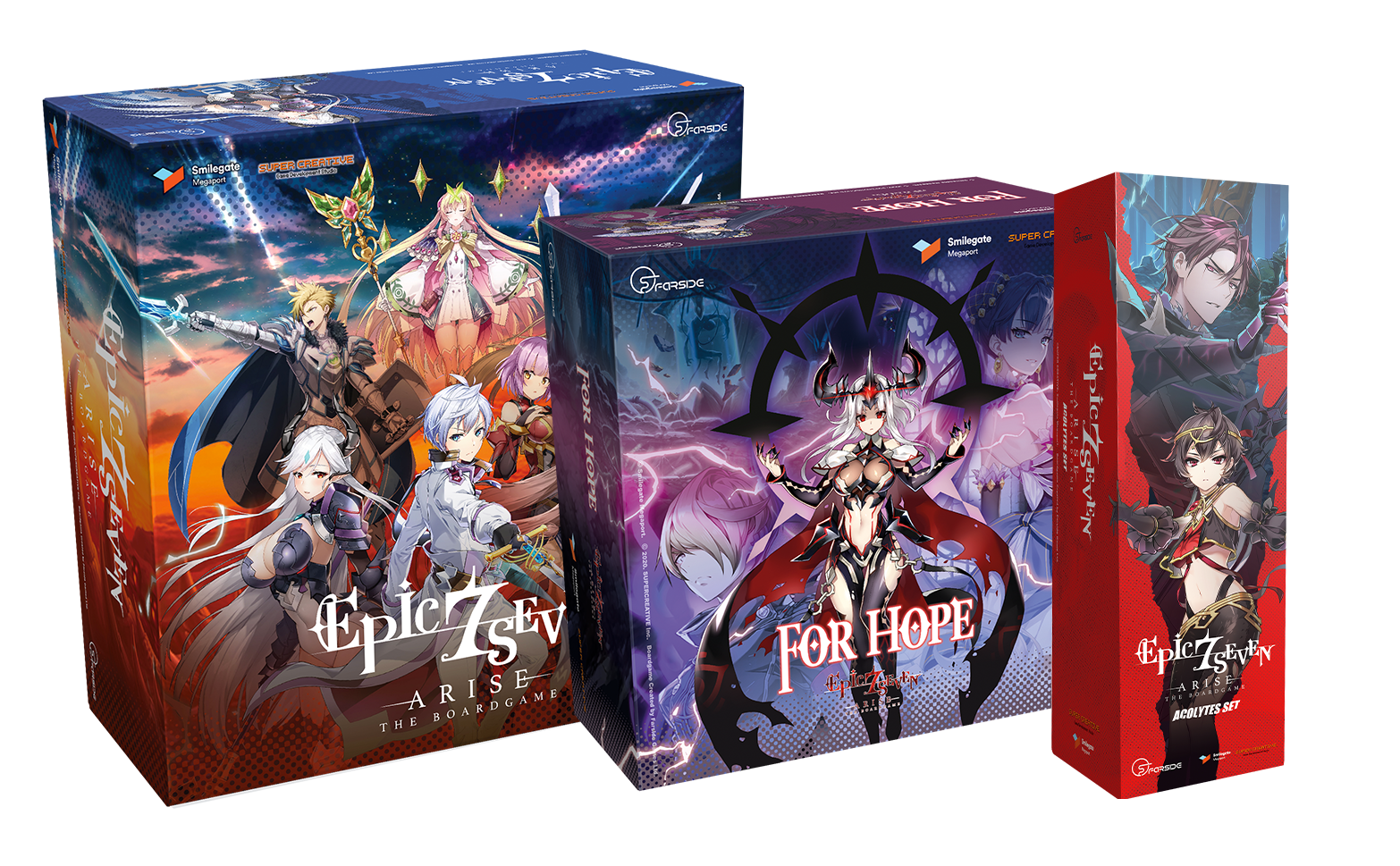 Start your Epic Seven Arise journey with the core game and first two expansions! This is a $170 value, and only available at this price during the pre-order offer!

Plus the free set of character acrylics! 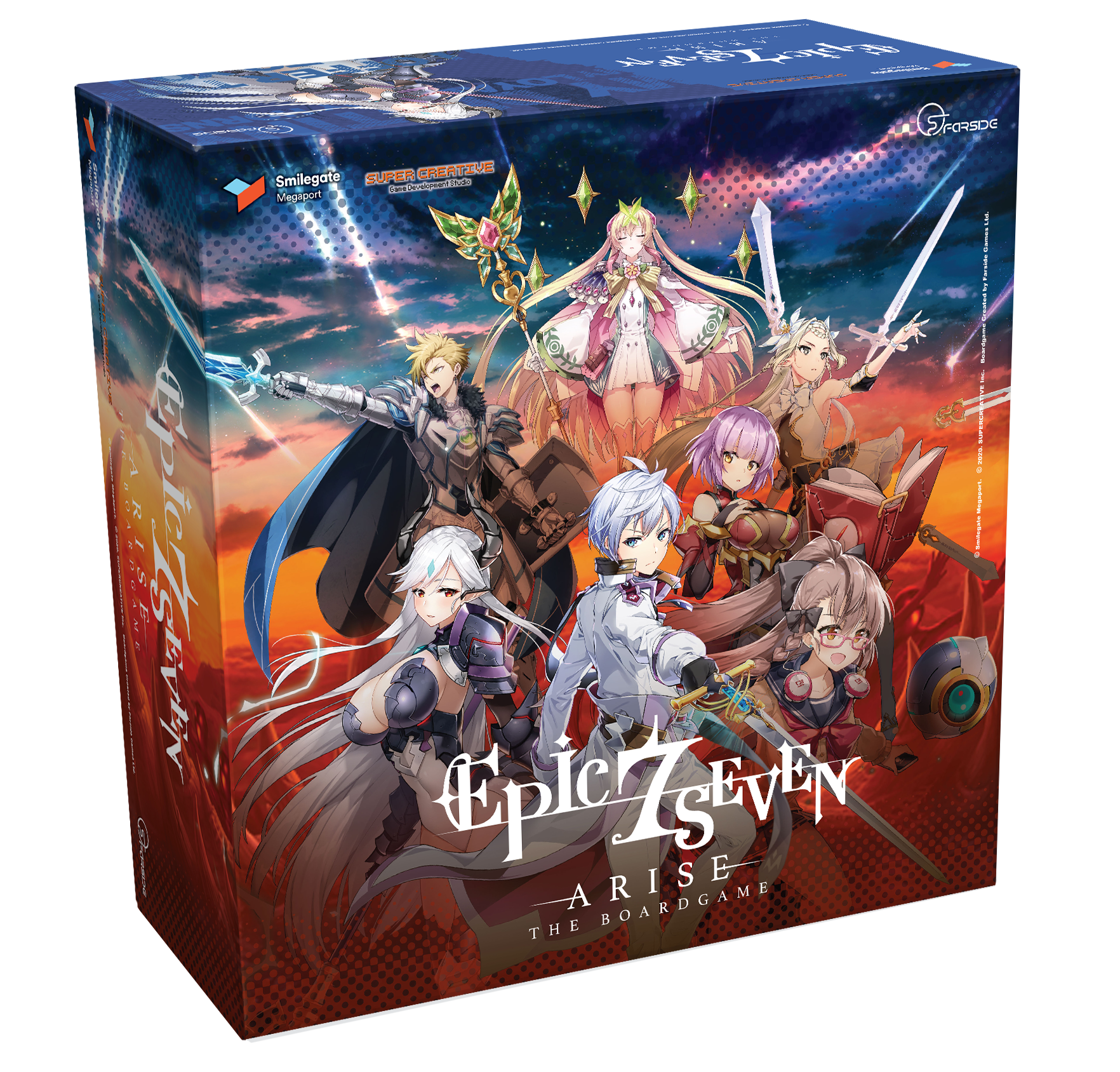 Place your pre-order for the core box OR the bundle during this special offer and receive a set of acrylic standees,
featuring amazing character art (a $20 value) for FREE. Orders within the continental US will also ship for free! 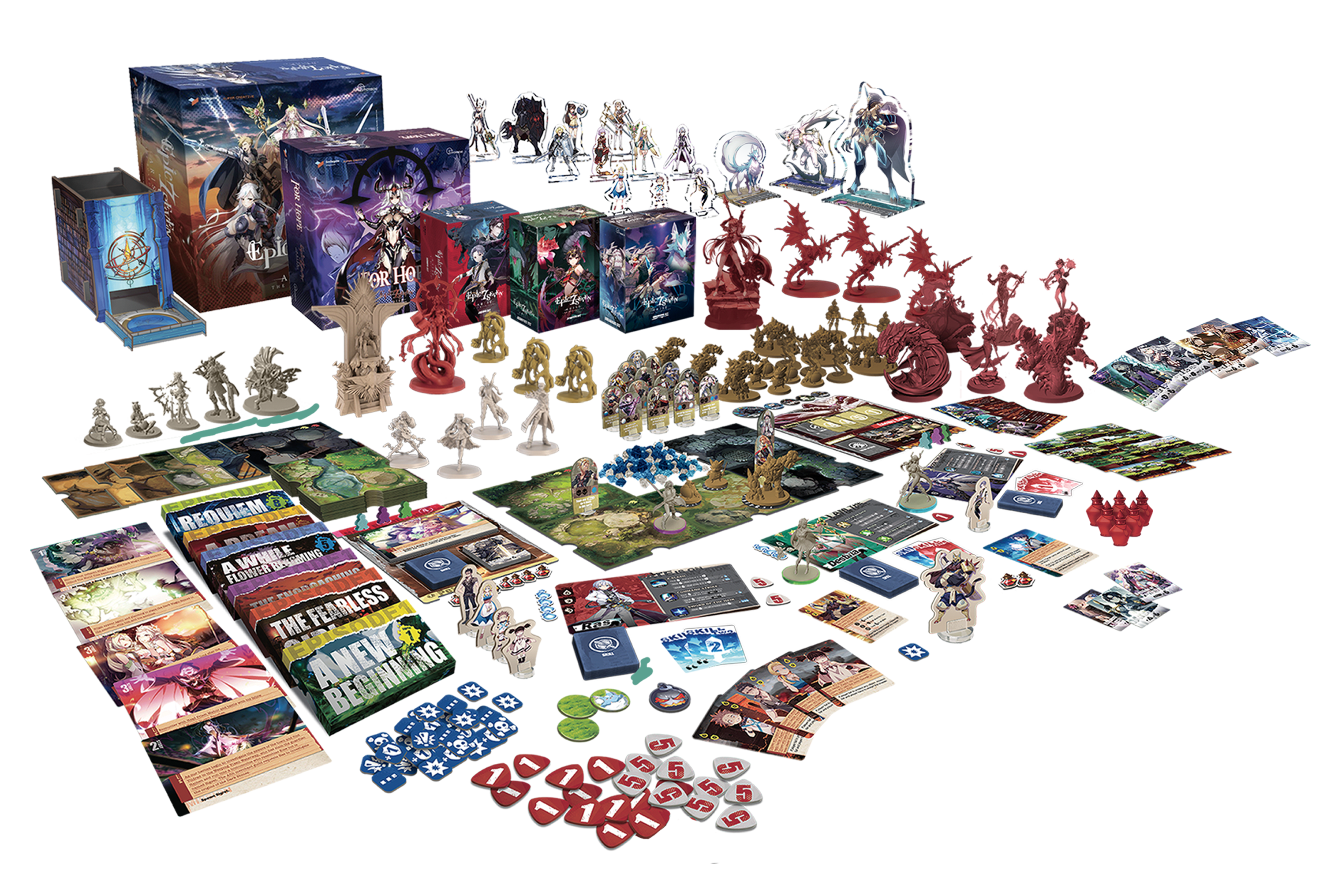 Epic Seven Arise: The Board Game core set is just the start! There will be expansions and character add-ons - like the ones included above - coming soon!

Epic Seven is an immersive, story-driven anime RPG available on mobile platforms. Players control characters “with personality and charm you can only find in 2D, and meet the characters of Epic Seven that are so lovable they’ll even be thinking about them in their sleep!” - a claim to fame that’s proven quite true since the game’s initial launch in 2018, with over two hundred characters available in 2022 - most of which are fully voiced with dialog lines and an impact on the game’s story, each with different playstyles and unique in-game effects. Players adventure in true JRPG fashion, controlling a party of six selected characters, fighting monsters and enemies, exploring the world, completing quests and tackling special events, bosses, and challenges across the game world. Epic Seven is among the most popular JRPG mobile games available with millions of players worldwide - and is particularly popular in China, Japan, and South Korea.

This co-op board game features deep strategy with players combatting enemies in intense encounters. With over 30 miniatures in the base game alone, and unique mechanics that ensure every episodic adventure you play through feels different and challenging, Epic Seven Arise is sure to be a thrill for dedicated gamers. The basic board game alone is a monstrous affair with a 12.75” square, nearly 6” deep box!